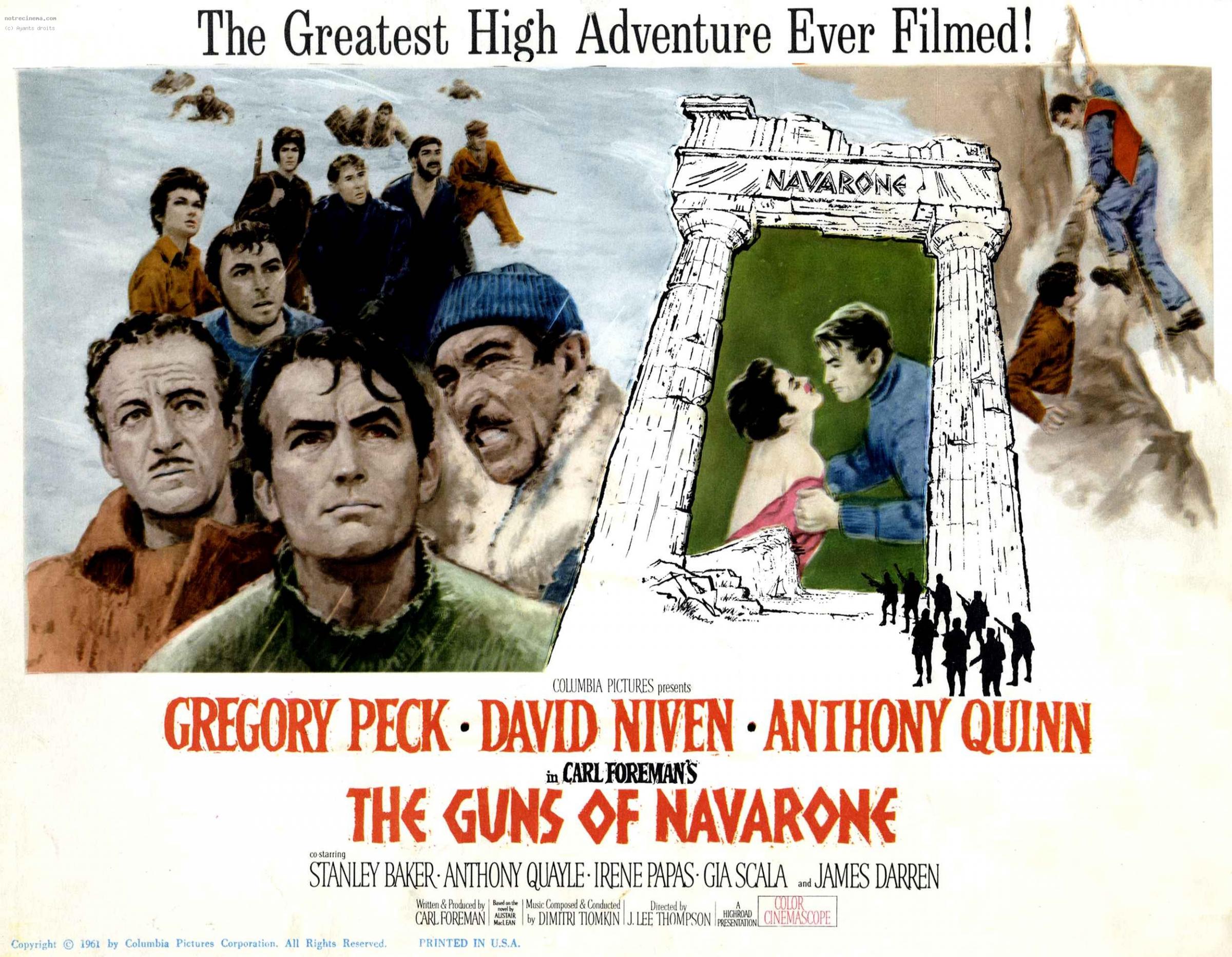 In 1943, British soldiers are stranded on the Greek island of Kheros, about to be blitzed by Germany but unable to leave due to the Axis controlled guns (as in big, massive cannons, not just a couple of revolvers, mind you) on the nearby island of Navarone. As no bombing missions have been successful, the British assemble a commando unit to infiltrate the island and take out the guns.

The unit is a team of “pirates and cutthroats;” Major Roy Franklin (Quayle) Captain Keith Mallory (Peck), Corporal John Miller (Niven), Colonel Andrea Stavros (Quinn), “Butcher” Brown (Baker), and Spyros Pappadimos (Darren). Their mission, should they choose to accept it, is to climb an unclimbable cliff to sabotage the guns.

The team is gathered, plans laid and events put in motion. They’re a ruthless but charming bunch, and they set out on their hazardous journey where they encounter storms, Germans, trust issues, dangerous climbs in awful conditions, injuries, capture, torture and romance.

The Guns of Navarone is an action packed movie about manly men doing manly things. We loved the long sequences without dialogue and the (often lack of) score. Among our favourite scenes were the storm with the subsequent shipwreck and climb, and the incredibly tense ending when we were waiting for the booby trap to be triggered. We were quite literally on the edge of our seats.

The tension is oftentimes palpable and this is a very entertaining war epic, not unlike The Bridge on the River Kwai. So if you’re looking for a WWII double feature and you have several hours to spare, the two might make an excellent combo. Just be sure to wrap up warm and bring a snack.

What we learned: Sometimes, you need a team of pirates and cutthroats. Also, we need to step up our rope-climbing game. Who knew that dreaded P.E. staple could have real world applications?