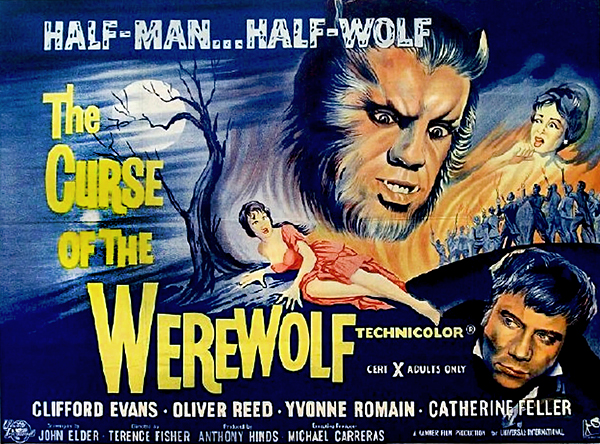 Somewhere in 18th century Spain, a beggar (Wordsworth) goes to a castle to ask for some food and/or money. But the marquis (Dawson) is a cruel man and a bully, and he imprisons the beggar and promptly forgets about him. Left in the dungeon for fifteen years, the poor man is forgotten about by all but the jailer and his mute daughter.

After those fifteen years, the daughter (Romain) refuses to be raped by the marquis, and he throws her in the dungeon with the beggar. Apparently, he has forgotten all about the girl’s kindness to him and rapes her himself, and then dies (karma’s a bitch!).  The girl is sent back to the marquis so that he can have his way with her, but having been raped once already, she’s not about to let the bastard win, so she kills him and flees.

The runaway girl, now pregnant, is later found in the woods by Don Alfredo Corledo (Evans) and Teresa (Talfrey) who take her in and, when she dies in childbirth on Christmas Day, take on the responsibility of her newborn son.

Turns out though, unwanted children born on Christmas Day are cursed to be werewolves. Which makes us wonder why lycanthropy isn’t a bigger social problem than it currently seems to be. While young Leon (Reed) at first manages to keep his condition under control, once he grows up and faces adversity as well as love, he loses what little control he has and all hell breaks loose.

The Curse of the Werewolf was removed from the list after we’d already bought it, so as is tradition, we’re doing it anyway, dammit! And we’re glad we did. We loved the opening credits with the sad werewolf, the interesting explanation for the condition, and Leon’s partner in crime (not literally though) José.

In many ways, it’s more a drama than a horror, except the ending which is very Frankenstein. But we believe it works for fans of both genres. Well worth watching! Even though there are apparently at least 1000 films which are better than this one… Let’s call it number 1001 and recommend it anyway. Happy New Year!

What we learned: Don’t give birth to unwanted children on Christmas day. We know, it’s a bit late for 2018, but keep it in mind for next year.