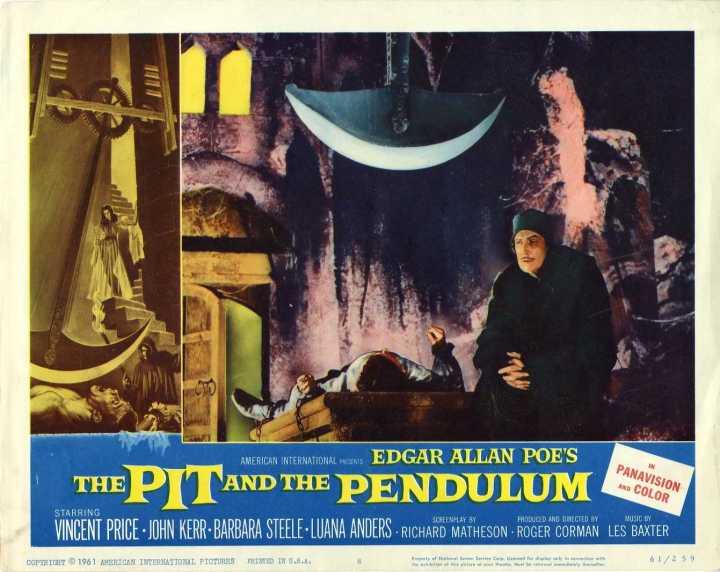 Spain, 1546. Mr Barnard (Kerr) comes from England to see where and how his beloved sister Elizabeth (Steele) died. He meets his brother-in-law Nicholas Medina (Price) and his sister Catherine (Anders) and is offered a strange and vague explanation of Elizabeth’s death.

Family doctor Leon (Carbone) later reveals to the grieving brother that his sister died of fright. Since more details are surely required after such a statement, Medina confesses that his bride had become obsessed with the inquisition era torture chamber in the cellar, and that she perished in an Iron Maiden.

But is this all there is to it? Barnard is still not satisfied, and as we delve deeper into the house’s secrets, we learn that Medina’s father killed his brother and wife in the chamber when his children were young. Young Nicholas witnessed the ordeal and was never the same again.

As Medina devolves into madness, strange things also begin to happen in the castle… So what really happened to Elizabeth? Is she haunting them? Or was she buried prematurely, House of Usher-style?

Pit and the Pendulum has everything we love: Gothic castles, secret passageways, hidden torture chambers, ghosts, murder, madness and torture. It is morbid, grotesque and lovely, and we completely adored Vincent Price as the confused, distressed widower. Barbara Steele’s eyes are as haunting as they were in Black Sunday, and she is the perfect Gothic heroine/villain (take your pick here). Personally, we are of course suckers for anything Poe (and Corman. And Price.), so we had no choice but to include this even though it is no longer on the list. It’s fantastic!

What we learned: Crazy is hereditary.