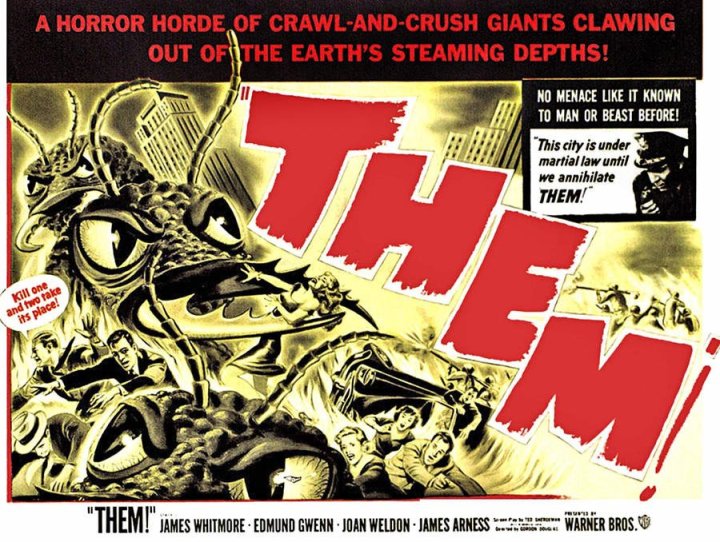 Police pick up a shell-shocked little girl in the New Mexico desert. They also spot an abandoned car and trailer, and when they check them out they find a war zone sprinkled with sugar. What on earth could have happened?

As more similar crime scenes appear, Police Sergeant Ben Peterson (Whitmore) investigates with the help of his trooper, who quickly becomes another victim of the unseen threat. FBI Agent Robert Graham (Arness) replaces the dead trooper, and with their only clues being strange tracks, sugar, and huge amounts of formic acid in the victims’ bodies, the investigators call in some experts. Dr Harold Medford (Gwenn) arrives, accompanied by his daughter, Dr Patricia Medford (Weldon). The two of them have some crazy theories.

The culprits are giant ants, mutations made by radiation from nuclear bomb tests in New Mexico (see “Godzilla: Bombs are Bad“). The team manage to destroy the nest, but realise that three queens have managed to escape. Now they must track them down and destroy them before they destroy all of humanity.

As mentioned, we watched this as a double feature with Godzilla, and they really are a perfect match. Atomic monsters threatening major cities who must be destroyed by scientists and the military working together, with a sprinkle of romance and humour. We loved them both, although Them! seems the slightly sillier version of the same general idea.

A cult classic which is surprisingly tense given the premise, Them! is a great film if you’re a fan of creepy creature features with slightly dated effects but otherwise great performances and lots of eerie sounds. We loved both Doctors Medford, and had a great time watching this.

What we learned: Get the antennae! Also, not all nuclear explosions lead to superheroes. 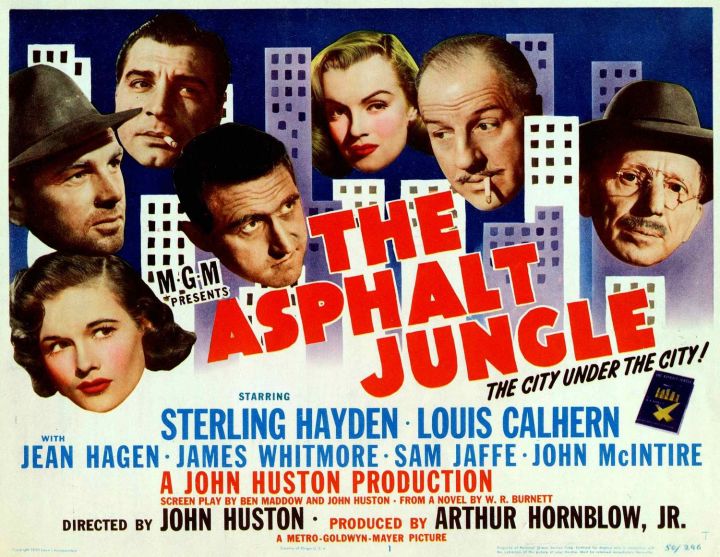 Dix Handley (Hayden) has three things in life: a gambling problem, a potential girlfriend named Doll (Hagen), and a dream to buy back his family’s old farm. However, he tends to gamble away all his money whenever he has some, so the family farm seems far from his reach, and he’s not necessarily as into Doll as she is into him.

When Doc Riedenschneider (Jaffe) is released from prison with a plan for a big caper, he goes to see an acquaintance of Dix’s for funding. Dix and Doc (another potential title, by the way) cross paths and Doc is adamant that Dix is the right man to be the muscle in the heist. This job will give him the money for a farm, so Dix agrees and joins Doc’s team along with a safecracker and a getaway driver, as well as financial backers Alonzo Emmerich (Calhern) and Cobby (Lawrence).

While the robbery itself goes off with only one small hitch, the double crossings start pretty much right away. With the police chasing them and everyone backstabbing each other, who will come out of this alive?

A criminal who wants a quiet, peaceful life; a high-stakes heist with a cast of hand picked experts; a doomed romance; a corrupt businessman with a gorgeous blonde mistress; a dirty cop and double crossings galore – this movie has it all. Clichés they may be, but when they’re done this well it doesn’t really matter. Films like this are the reason people keep coming back to the same clichés – sometimes they really work.

What we learned: There’s no honour among thieves. Also, ’50s slang for explosives is “soup”. It’s fun stuff like this which keeps us coming back. (Well, that, and the obligatory dance/music scenes in Film Noir.)