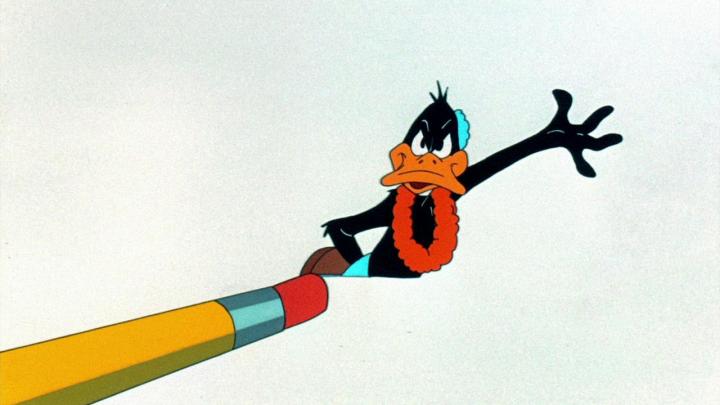 A short film, so a short post. Duck Amuck brought back many childhood memories as we watched it non stop as children. However, watching it as adults, we realised that we had never understood the dialogue completely. We knew the “melody” of the words by heart, but obviously we watched it before we could speak English. Any child who’s watched animated movies in foreign languages will understand what we’re talking about – you know (and remember) exactly how everything sounds but you have no idea what anything means. So watching it again was a bit of a revelation.

Basically, it’s a hilarious fight between Daffy Duck and his animator, and you can watch the entire thing here. We suggest you do, as nothing we say will convey the glory that is this film. Enjoy!

What we learned: We finally learned what the dialogue was all about.